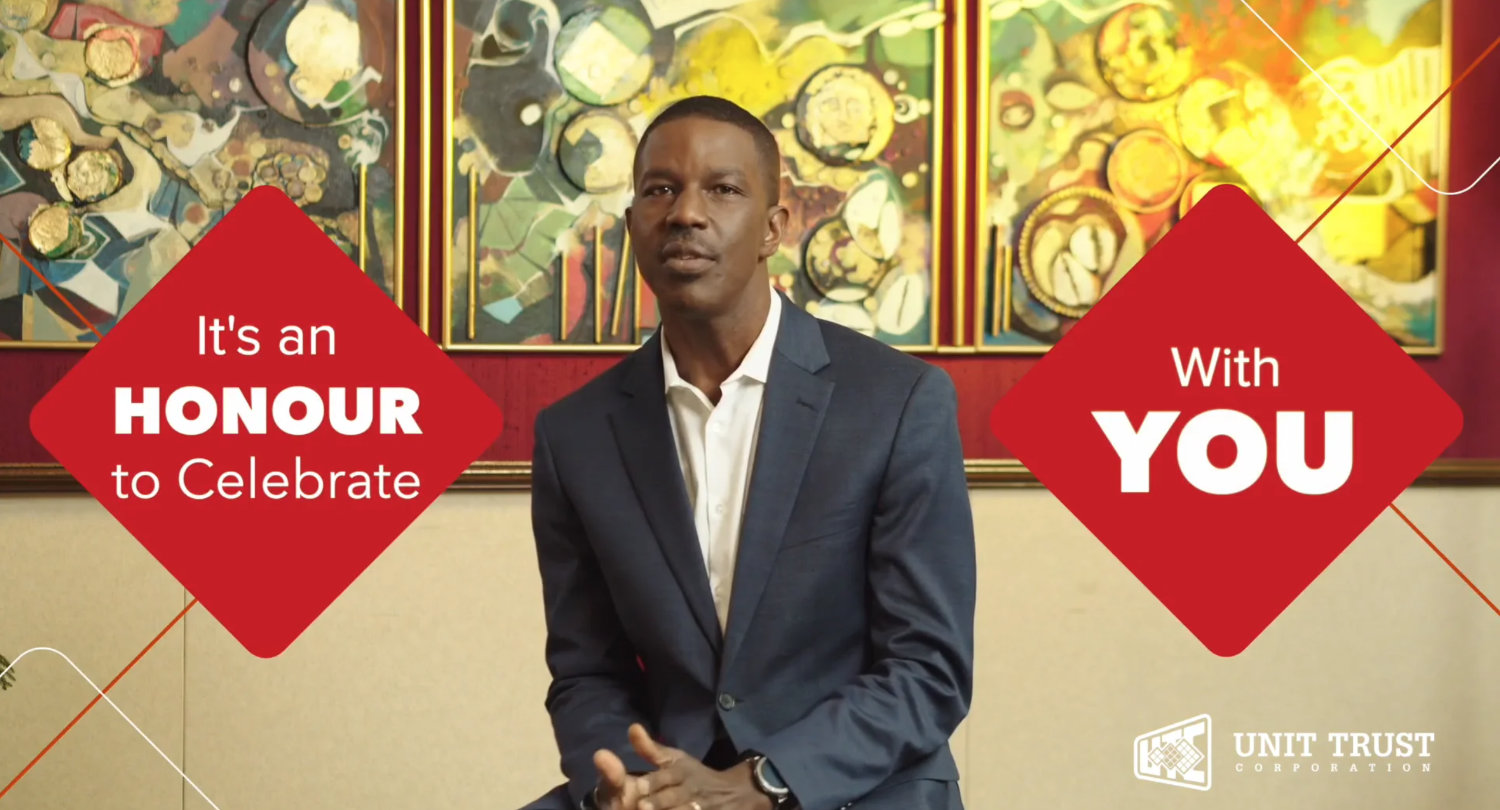 When we were just to the end of completing the Unit Trust Corporation 38th Anniversary video, we received feedback from the client about final changes we had to make.

Cool. One of the changes is that we had to include a photograph of UTC Executive Director Nigel Edwards, with the Entrepreneurs. Also cool. There was one tiny problem…we didn’t have one. Also we didn’t have time to gather images and composite them or even worse, do a shoot, so we had to think of a quick in video solution.

The idea came when I thought about how to show all five persons while keeping the focus on Nigel. I’m a visual person (As is expected), I like to sketch and often when I’m Creative Directing I have to draw things to communicate it. After some thinking this is the sketch I came up with. 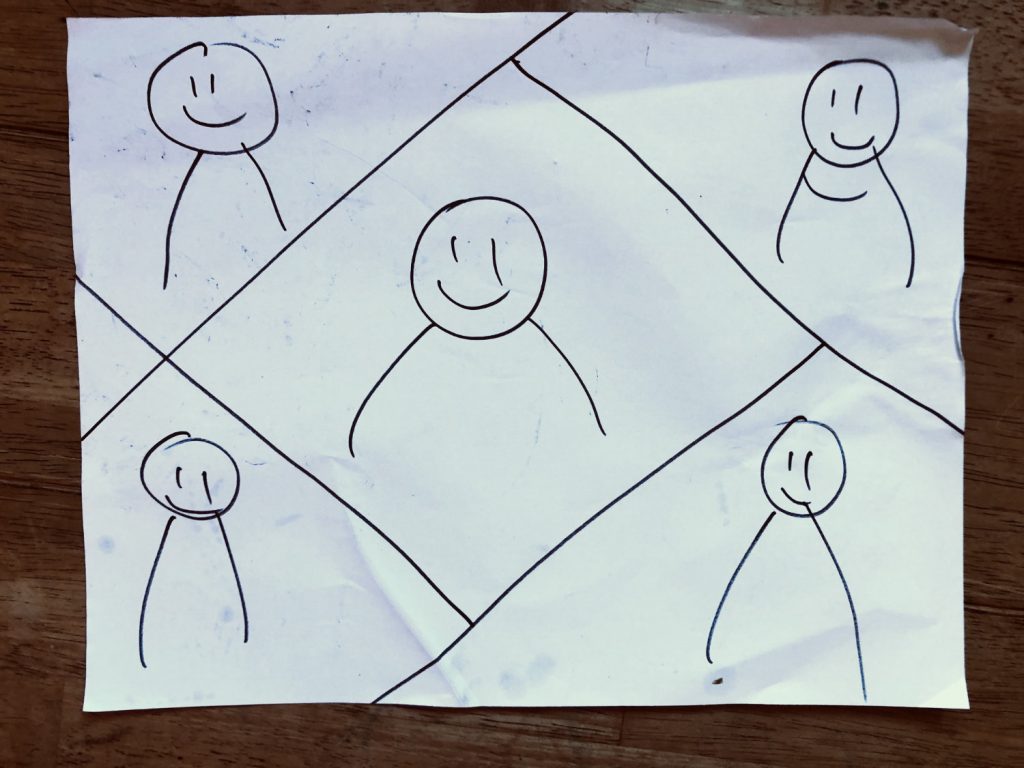 This not only solved the problem of getting everyone on the screen, we didn’t have to do any additional shoot or composite images, we just used the video we had. It kept Nigel at the centre surrounded by the entrepreneurs (exactly what we would have done in real life) AND there was the added bonus of it taking the shape of the UTC logo, the diamond shape, which they are using heavily in their branding now.

Not only did we solve the problem, we maximised the resources at hand and we stayed true to the client’s Brand Identity. A win all around. 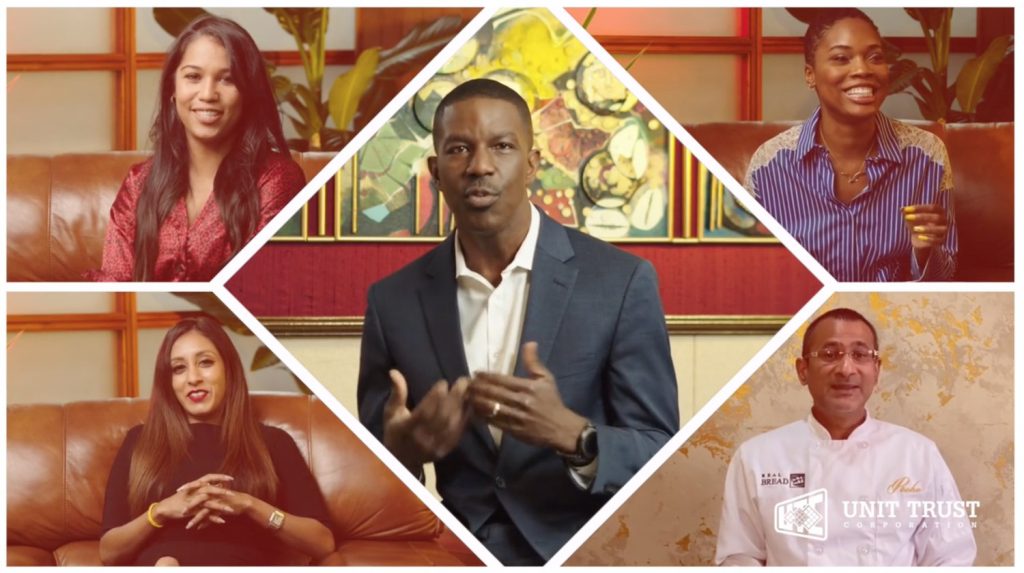 Great work if I do say so. So when you’re a designer, you’re not first a good-look maker, you’re first a problem solver.